This will be a short entry, because I’m really tired, and it is quite late. We both have had several days of not much sleep. CW and I have been a anxious about his upcoming surgery and have had trouble sleeping. Drilling holes in a person’s head can cause one to have concerns. I’m happy to say that CW’s surgery went well today.

5:00 am – We arrived early at MCG outpatient surgery registration, and they actually started early to process CW for surgery.

9:50 am – MRI finished and time to do the calculations and analysis of the MRI mapping results

1:50 pm – Surgery completed and CW was moved to Recovery

1:50 – 8:00 pm – Right after he was taken to Recovery, CW was awake enough for me to tell him that our friends, Bill and Kay were there to check on him – I asked if he wanted to see them – CW’s answer was “Yes”. They came into the Recovery room one at a time, and briefly talked with CW, left, and then CW went right back to a deep sleep. [Note: Bill had DBS last fall. Bill and Kay have been a wonderful resource for us – letting us know what to expect based on their experiences – playing it forward to us.]

The Recovery staff and I waited - and waited - and waited for CW to come out of the anesthesia. He would sort of wake up, and when asked - “Mr. Gantt, can you wake up?” – CW’s response was an emphatic “No!” and he would go back to sleep. “Can you open your eyes?” - CW’s response was a definite “Go A-Way!” and he would go right back to sleep. He would mumble off and on periodically with his eyes closed.

Finally around 6:45 pm he woke up, said he was hungry and thirsty. They asked him if he wanted some Jello – “Maybe”. After a few bites of Jello, he said he wanted “real” food. Unfortunately since he was still a little groggy, they have him on a liquid diet. CW finally reluctantly consumed a small bowl of beef broth and Italian ice with mumbles I won’t repeat, and went back to sleep. Eventually he started coming around - knew where he was – was asking questions about the day, time, people around him, etc. enough so that he could transfer him to Neurosurgery ICU.

8:45 pm – I stayed around long enough to see CW settled in his new Neurosurgery ICU digs and left for the motel to get some sleep. I am exhausted from lack of getting restful sleep for several days.

Tomorrow, if CW is OK and can walk a prescribed distance down the hallway with Physical Therapy folks, they may let him come home. Hard to believe that he has a hole in his head (didn’t we always know that) with wires, and he can come home!

When his doctor talked to me to tell me that CW’s surgery went well, he reminded me that DBS does not cure Parkinson’s – it only (hopefully) helps to reduce some of the symptoms of PD and side-effects of the PD medications. Also to be aware that we won't know how well these surgeries will help until the fine tuning is done. We may see a little benefit up-front, but the proof is in the pudding after all the healing is done.

To be continued…
-------------------
These Blogs about CW's (my husband) DBS Surgery Procedures are from my personal notes and diary; written as CW went through his DBS (Deep Brain Stimulation) procedure. Please note that I am not by any means a medical expert or professional. I’m just providing this information with the hope that our own experience; what we have learned through trial and error; and what we have learned from reading and research, will help others going through or considering DBS surgery. I think that "playing it forward" (sharing) is the best way to explain why I'm doing this.

Note:  As of July 17, 2010 CW has had his three DBS surgeries, and both of his pacemakers have been turned on and have had their first tuning.  CW is still recovering from the surgeries, and is doing well.  – Dottie –
Posted by Columbia Parkinson's Support Group at 1:14 PM 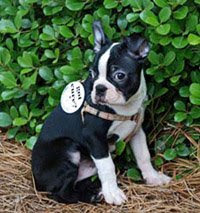